We asked you about the area that should be covered by the AAP, and whether we should include the Cambridge Science Park.

3.1 The boundary for the Cambridge Northern Fringe East allocation, established in the Local Plans, took account of the characteristics of the area, the boundaries created by infrastructure like the A14 and the railway line, and the brownfield development opportunities present in the area.

3.2 The 2014 Issues & Options consultation sought views on whether the Cambridge Science Park should be included in the AAP area. The South Cambridgeshire Local Plan includes a policy that supports intensification of employment uses on the site. Some of the existing building stock is dated, and there is an opportunity for the site to evolve to continue to make a significant contribution to the employment needs of Greater Cambridge.

3.3 The Ely to Cambridge Transport Study has confirmed the importance of the Science Park to the transport issues in the vicinity of NEC. If further growth in NEC is to be enabled, there is a need to bring this development forward in a very different way so as to significantly reduce the mode share of trips made to the site by car, and enable access by other means. Links to the Railway Station, Guided Busway, and other transport improvements will be key to this. In addition, the development of the area will need to secure significantly higher levels of internalisation, than have traditionally been achieved in Cambridgeshire, where the mix of facilities provided within the area enable residents and employees to satisfy daily needs within the area, will also be key as will measures to discourage car use where feasible.

3.4 We need to make sure the North East Cambridge area works as a whole if we are to achieve our vision. The Councils' preferred approach is for the Science Park to be included within the AAP boundary, and subsequent chapters of this Issues and Options Report reflect this.

3.5 The proposed boundary extends to the Cambridge Regional College, but does not include it, as the College is not intended to undergo major change in the way the other sites across NEC are. However, elsewhere in this document we do consider linkages to this important education site, including opportunities to enhance sustainable transport serving the College.

3.6 In addition, the proposed boundary of the AAP does not include land east of the railway or north of the A14. To include land to the north or east of the proposed area would include land that does not reflect the characteristics of the identified areas. These areas are largely Green Belt. Much of the land near the river is also at flood risk. The area to the east contains Gypsy and Traveller site provision. Existing Gypsy and Traveller sites are safeguarded in the South Cambridgeshire Local Plan. 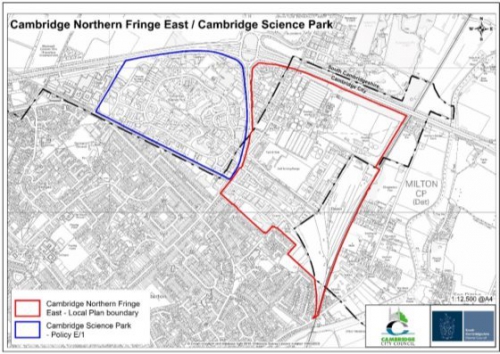 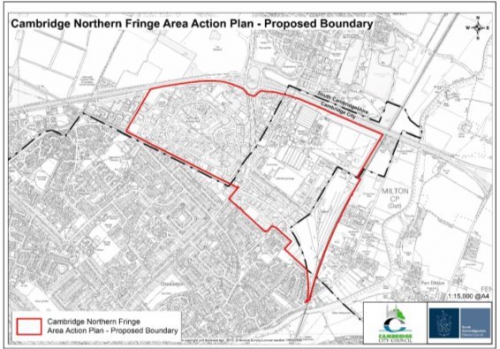 (39) Question 2: Is the proposed boundary the most appropriate one for the AAP?