7.2 Connecting to the wider network 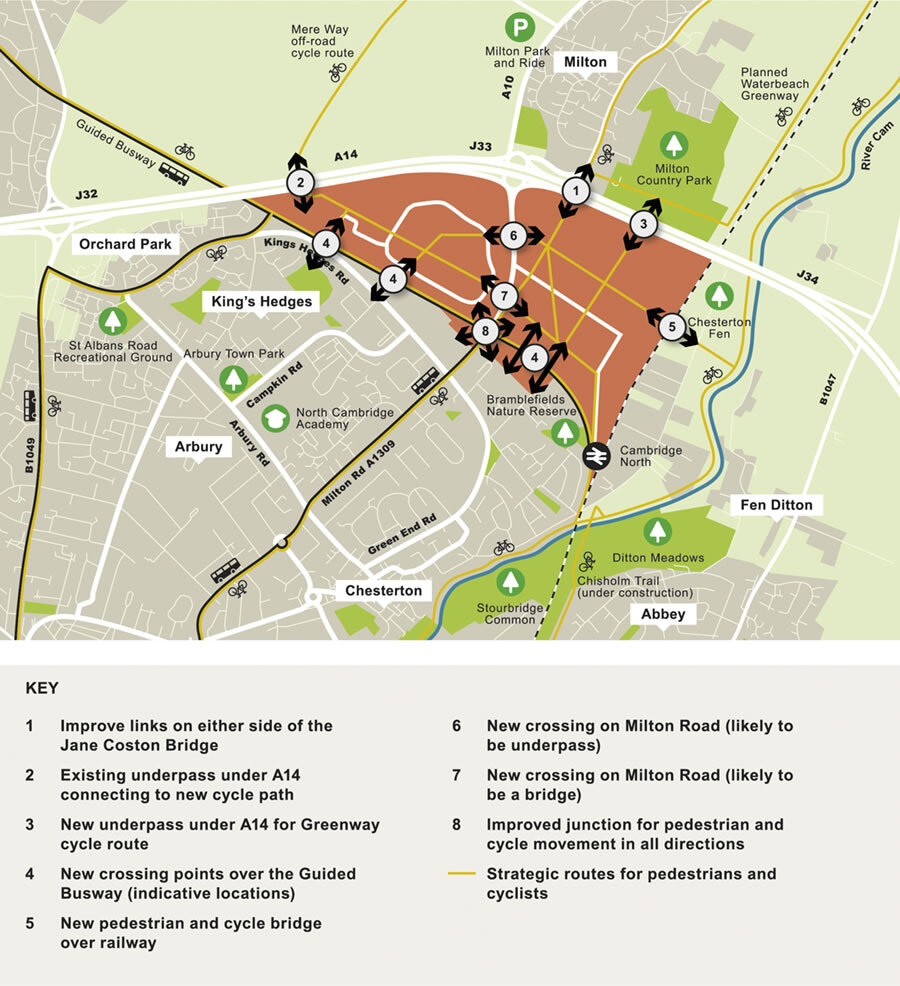 Figure 37: Overcoming barriers to movement: improved connections for non-motorised users to be created by the Area Action Plan

North East Cambridge will be fully integrated into its wider context. Currently there are several barriers to movement, including the railway line, the A14 and the Cambridgeshire Guided Busway, and while there are already planned improvements to crossing these barriers, development at North East Cambridge must include further new and enhanced connections. This policy sets out the new and improved crossings that will need to be delivered..

To improve the wider connectivity between North East Cambridge and adjoining areas including nearby villages, Cambridge city centre, employment and residential areas, and open spaces within the wider countryside and Rights of Way network development will be required to contribute to new and improved connections for non-motorised users, as shown on Figure 37. The following new and improved provision must be incorporated early in the design stages and layout of the development:

Masterplanning at the development management stage should ensure these connections and routes are fully integrated with routes identified on Figure 36 to provide an extensive network of interconnected high-quality routes (see Policy 23: Comprehensive and coordinated development). This includes maintaining desire lines, providing legible, direct and unhindered passage, and ensuring enough space is designed-in for landings for bridges and underpass approaches at appropriate gradients to accommodate the most vulnerable users.

New structures, including underpasses and bridges, must be designed to a high quality, having regard to their surroundings to minimise visual impact and should consider potential connectivity for biodiversity, where appropriate. They should incorporate enough capacity to accommodate existing and future user demands for pedestrians, cyclists (and, where appropriate, horse riders) of all abilities, bearing in mind the low car mode share requirements if applicable. Approaches and structures should maintain sight lines, be accessible and feel safe for all users including wheelchair users and cyclists, and, for underpasses, should incorporate as much light as possible. Partnership working between different landowners and the relevant authorities will be required to deliver these new connections.

North East Cambridge is already a well-connected site and further walking, cycling and public transport projects are currently being planned for and delivered.

However, despite the links already in place, there are weaknesses around the site which at the moment prevent it from fully exploiting the opportunities that these links provide. The Area Action Plan area is tightly bounded by the A14 and railway line to the north and east, whilst the Cambridgeshire Guided Busway crosses the site east to west. These constrain the connectivity of the site with communities outside the Area Action Plan area by walking, cycling and public transport. Furthermore, inward-looking sites and fencing exacerbate these physical barriers creating added psychological barriers which further discourage through movement. Internally, the greatest severance is caused by Milton Road which dissects the area and is a hostile environment for anyone wanting to travel from east to west.

The Area Action Plan provides a unique opportunity to break down many of these barriers to connectivity, not only to enable people working in the area to move around by more sustainable modes, but also to enable residents in surrounding communities to access jobs and facilities within the area. This is to be achieved through the provision of high quality, segregated facilities that put the needs of pedestrians, cyclists and equestrians first.

Given the ownership of land within the Area Action Plan area it will be imperative that individual developments play their part in facilitating the connections into and across the site for the benefit of all (in accordance with Policy 23: Comprehensive and Coordinated Development).

Cambridgeshire County Council's 'Rights of Way Improvement Plan' (ROWIP) contains a number of statements of action to which the Area Action Plan can contribute. These include making the countryside more accessible, supporting development, and encouraging healthy activities though a safer rights of way network. North East Cambridge will include off-road routes such as shared use pedestrian and cycle tracks through areas of green infrastructure, and will connect to the wider Public Rights of Way network. Cambridgeshire County Council Highways broadly supports the proposed connectivity measures introduced by the Area Action Plan as they are aligned with the ROWIP and by doing so this supports the Local Transport Plan.

The Jane Coston Bridge currently provides the only segregated means of crossing the A14 for pedestrians and cyclists. Phase 1 of the Waterbeach Greenway will connect Waterbeach with North East Cambridge via this existing link. Phase 2 of the project seeks to make this route even more direct through the creation of an underpass that takes the Greenway directly into the northern part of the site.

A new strategic cycle route joining Landbeach and Waterbeach to the northwest corner of the site via the Mere Way through an existing underpass under the A14 has been secured as part of the major new development north of Waterbeach. Similarly, as the masterplanning of the whole area progresses in detail, this connection needs to be designed into the wider connectivity for the whole site and for onward journeys via Milton Road or the Chisholm Trail into the City.

The Cambridgeshire Guided Busway has been identified as a physical and psychological barrier to permeability into North East Cambridge from communities to the south. Fencing along the perimeter of Cambridge Science Park and Cambridge Business Park further exacerbates this as people working on these sites have limited permeability through to the Guided Busway stops. Improving connectivity between the existing residential areas to the south east of the Area Action Plan area will significantly improve the existing community's access to new services and facilities within North East Cambridge.

However, the legal status of the Cambridgeshire Guided Busway is different to that of a traditional highway as it is the subject of a Transport and Works Act Order and has Statutory Undertaker status. The restraints of this Order mean that any changes to the Busway corridor will need to be considered at a higher health and safety level than a highway as incidents in the area would be investigated under the jurisdiction of the Health and Safety Executive.

The area to the east of the railway, known as Chesterton Fen, provides green space and access to the towpath and Fen countryside. However, at present, the only way to access this is across the Fen Road level crossing which lies outside the North East Cambridge area. In order to provide a more direct access for pedestrians and cyclists into Chesterton Fen and onwards to the towpath along the river, a new bridge for pedestrians and cyclists needs to be delivered in accordance with the Area Action Plan Spatial Framework.

Fen Road links the Chesterton area of Cambridge to the Fen Road traveller site, where there are some 200 pitches, as well as a number of dwellings and around 10 hectares of light industrial uses. The road provides the only vehicular access to the community which is severed from the rest of the area by the railway line and barrier-controlled level crossing. On weekdays there are at least six train movements an hour in each direction at the present time, resulting in the barrier being down for around 30 minutes out of each hour.

In the medium to longer term, the number of train movements along this route is planned to increase due to demand for travel in particular between Ely, Waterbeach, Cambridge North and Cambridge, and towns and villages on the lines onward from Ely to Kings Lynn, Peterborough and Norwich. The additional capacity is seen as critical to accommodating the growth of the local economy more generally, and also in assisting in resolving current capacity problems on the road network to the north of Cambridge and to help meet objectives to reduce carbon emissions. However, additional trains would clearly further increase the length of downtime at the crossing and without a solution will increasingly become untenable for the Fen Road community.

Any move to close the crossing will need to be initiated by Network Rail and go through due processes. The authorities will need to work together to form a view on where any alternative access route should go to deliver the best outcomes, should this situation arise; more certainty will be given as the plan process advances.