We cannot plan for Greater Cambridge in isolation. We have a legal duty to cooperate with key stakeholders and surrounding areas on cross boundary issues, and Greater Cambridge also sits at the heart of many other cross-boundary structures and initiatives. These include: 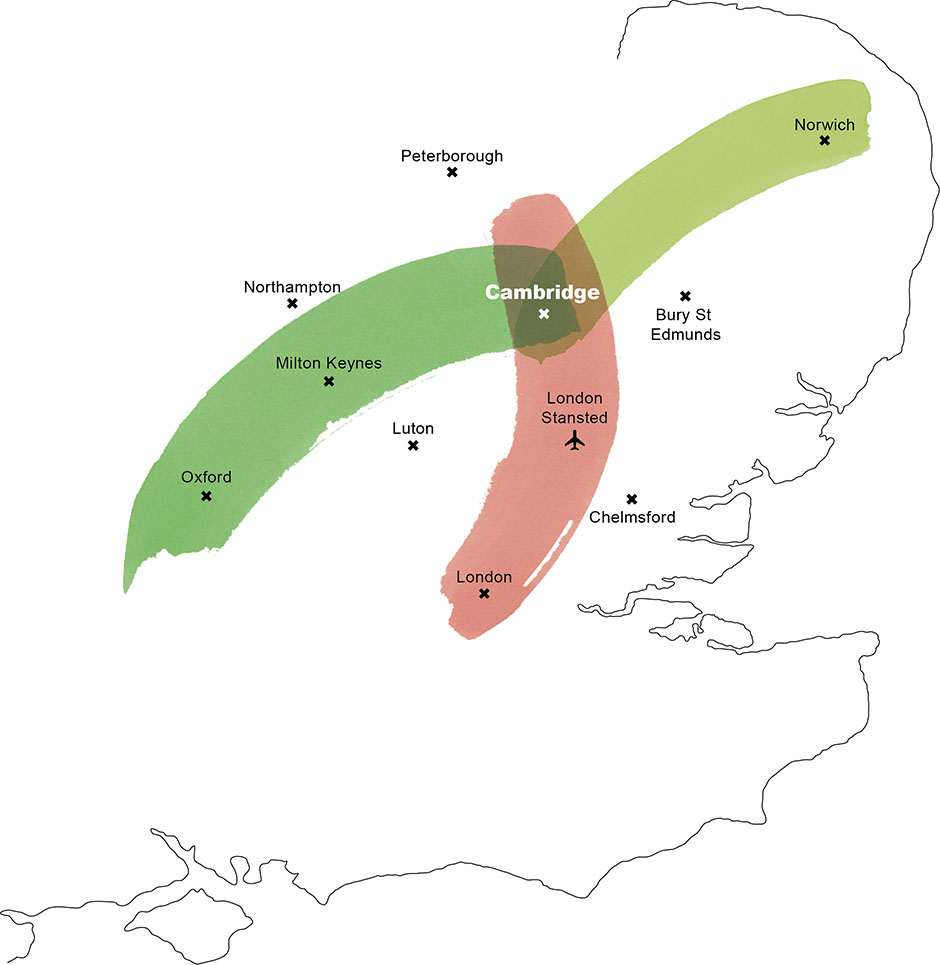 Greater Cambridge falls at the crossroads of a number of economic corridors. The two most important are the Oxford-Cambridge Arc, and London-Stansted-Cambridge.

The Government designated the Oxford-Cambridge Arc a key economic priority and asked the National Infrastructure Commission[9] to analyse the actions required to meet the area's full economic potential. The Government has endorsed the Commission's report, Partnering for Prosperity: a new deal for the Cambridge-Milton Keynes-Oxford Arc[10] which includes an ambition for up to one million high-quality new homes by 2050. It has also committed to completing the East West Rail link and an Oxford to Cambridge Expressway, and to achieving sustainable growth in the Arc while improving the environment for future generations.

The UK Innovation Corridor[11], supported by the London-Stansted-Cambridge-Consortium, recognises the significant economic linkages in this area creating a world class hub of science and innovation. They offer significant opportunities through developing closer economic connections.

The Cambridge Norwich Tech Corridor[12] is an initiative to forge closer links between the two cities, and opportunities to support clusters of innovative businesses.

3.6.2 Working with the Cambridgeshire and Peterborough Combined Authority 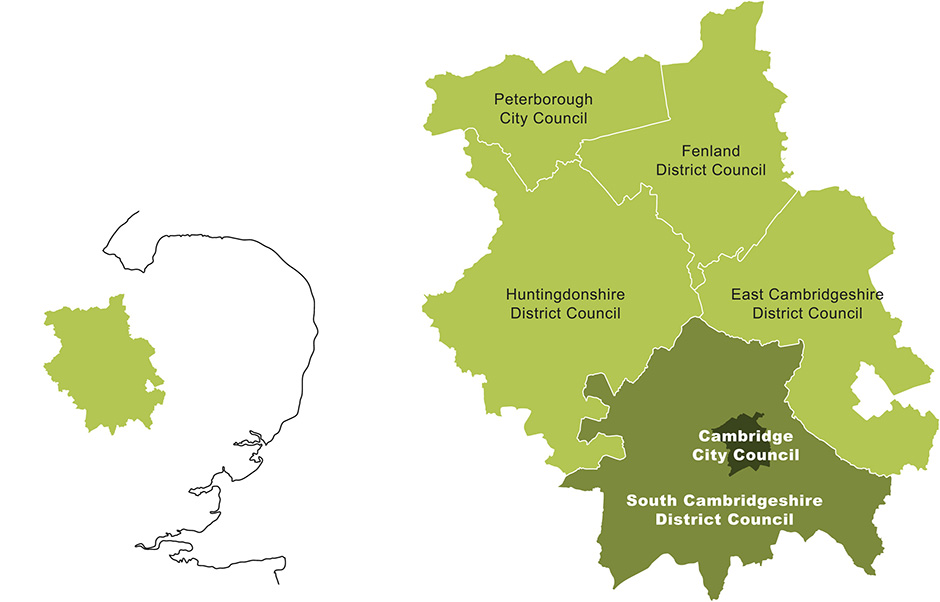 As the Local Transport Authority, the Combined Authority is producing the Local Transport Plan[14] for the area. The Combined Authority also commissioned the Cambridgeshire and Peterborough Independent Economic Review (CPIER)[15], to explore what was needed to create a coherent economic growth strategy for the whole sub-regional economy. This has informed the Local Industrial Strategy[16], which sets out how Cambridgeshire and Peterborough will maximise the economy's strengths and remove barriers that remain to ensure the economy is fit for tomorrow's world.

The Combined Authority is also preparing a Non-Statutory Spatial Framework for Cambridgeshire and Peterborough. Phase 1[17] of this, reflecting the growth in our adopted 2018 Local Plans and how the Combined Authority will help achieve this, was published in 2018. Phase 2, providing a long-term strategy towards 2050 is being prepared, and will be subject to separate consultation. Although the Framework will be non-binding, whereas the Local Plan is a legal planning document, the aim is that they provide a complementary vision for the area, and draw the big picture of change across the wider area.

3.6.3 Working with the Greater Cambridge Partnership 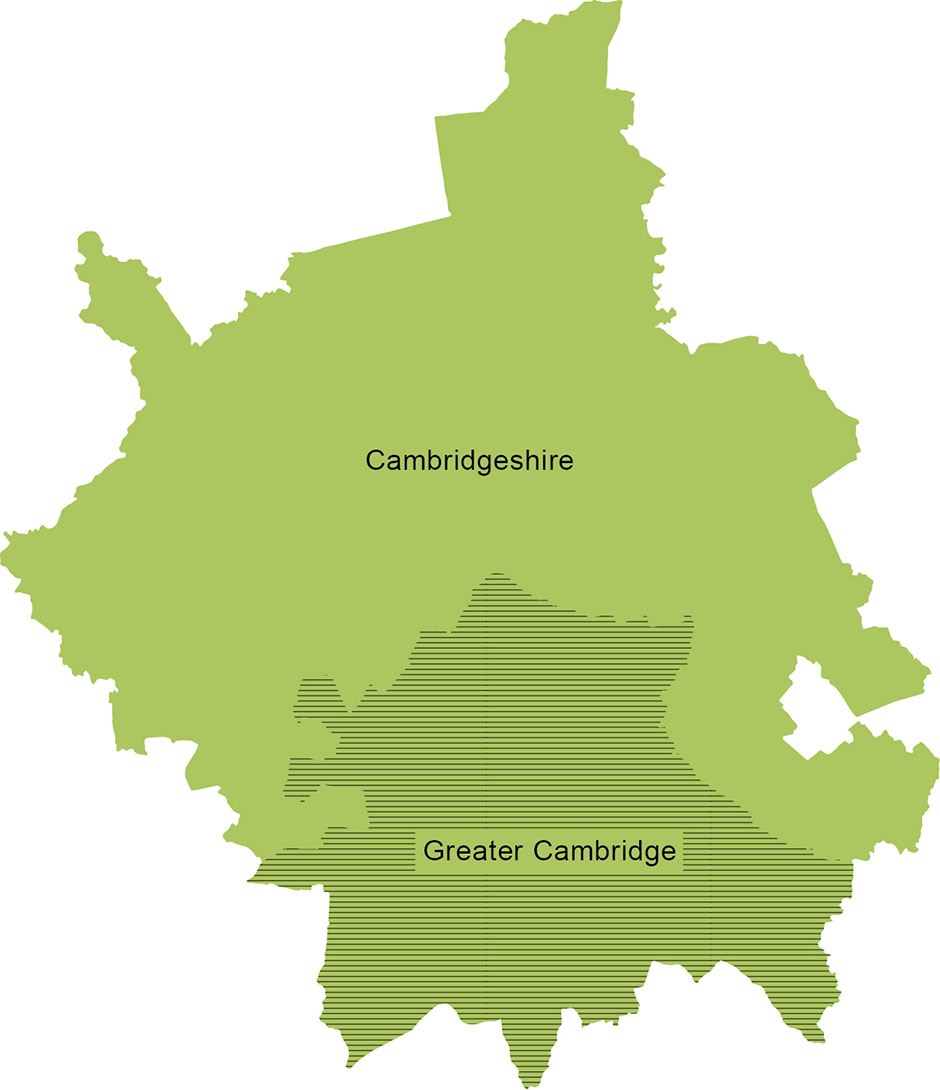 3.6.5 Working with our neighbouring Local Authorities 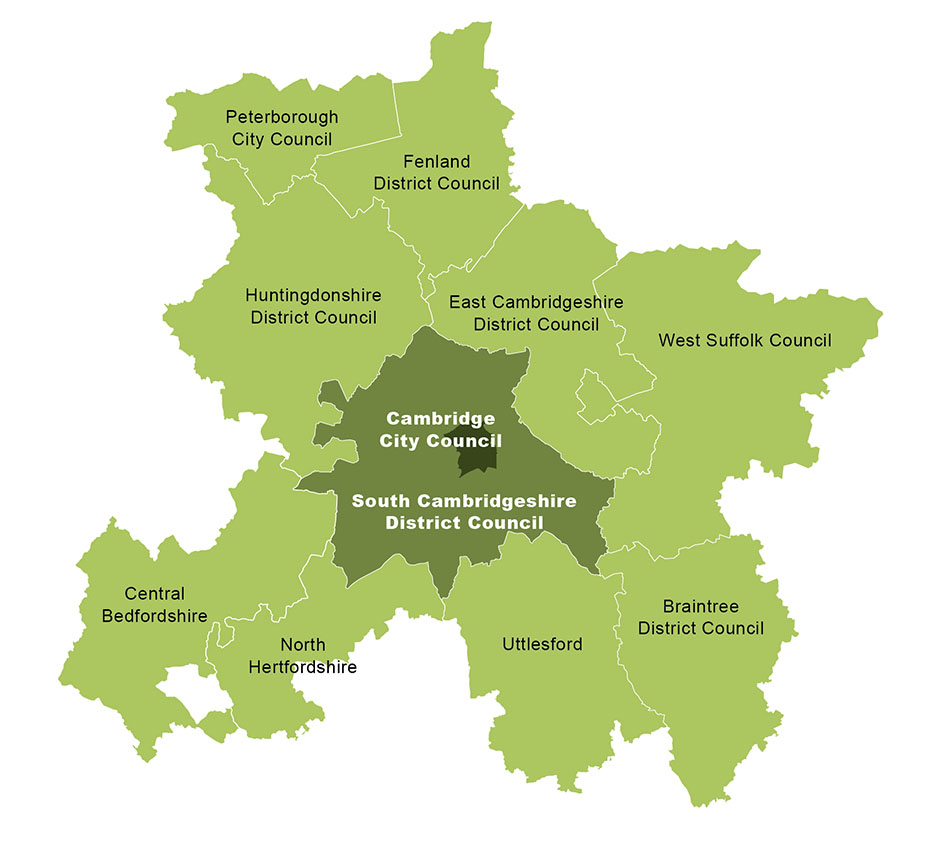 Whenever we prepare a new Local Plan, we collaborate with our neighbours on strategic cross-boundary issues. For the next Local Plan we consider that these include:

We will also need to consider the impact of planned growth on the edges of Greater Cambridge, such as the proposal for a North Uttlesford Garden Community in the draft Uttlesford Local Plan currently undergoing examination.

(113) 5. Do you think we have identified the right cross-boundary issues and initiatives that affect ourselves and neighbouring areas?